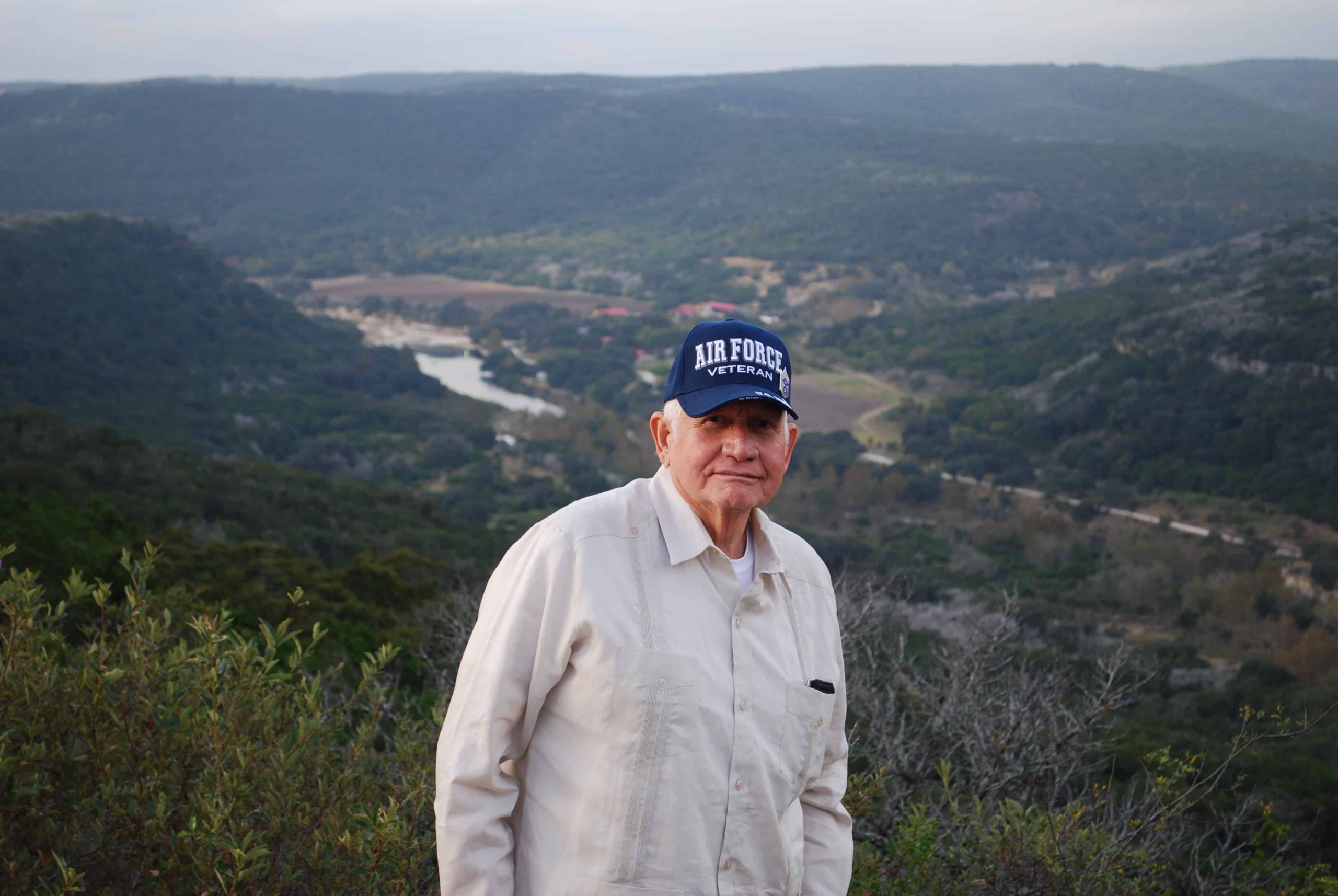 It is hard to imagine that just over a year ago Mission Transition was just a visionary cutting-edge idea on how to support our Nation’s Heroes.  Fidelity Partners purchased a parcel of property in the beautiful Texas Hill Country situated on the spring fed Nueces River near Barksdale, Texas.  The drive from San Antonio Interstate 10 to Texas 41 then exiting on Farm Road 335 offers a 20 mile stretch of breathtaking winding road, hills and beautiful landscape. Fidelity graciously donated the use of approximately 20-acres of it’s Campo Rio Ranch to Mission Transition. The journey began on the second weekend in November 2016 when armed with a chainsaw and pruning shears the blazing of the first walking trail began.  Clearing trails was tedious and time consuming. However, the desire to cut trails was encompassing and the work continued for several weekends.

After pondering a way to simplify the process a Bobcat was purchased with a straight bucket attachment.  Working on rock and gravel we soon realized that a bobcat with tires was not the best for the terrain so steel skid-tracks were installed making it a lot easier to work on the river rock bed.  At first it was knocking over cedar trees and leaving them to deteriorate naturally which would prove to be a long drawn out process making the trails appear unseemly and cluttered with debris.  Next idea was to purchase a grapple bucket.  Immediately it was discovered that we had hit upon a great idea, we were now able to uproot the cedar trees and move them to wherever we wanted to.  Clearing and trail blazing became easier and progress was noticeably improved.  Throughout the winter months, spring and summer; freezing, sweating and some unpleasant rainy days the work continued and before we realized it we had roads and trails all throughout the property.  The Bobcat became the real workhorse and a lifesaver.  Folks that have seen the results found it hard to believe all the work was accomplished with the Bobcat.

Once we complete the road and trails we moved on the erecting the Campo Rio Ranch and Mission Transition gates and fencing along the property line from the main gate to the river.  Along the river bank there was some nice trees that were covered with debris as a result of flooding many years before.  We painstakingly cleaned  away the debris packed so tight with logs, twigs, dirt and rock, a beaver would have been proud to see mother nature’s handiwork.  We cleared off and leveled a large area which now looks like a little park, enhancing the appearance of the area. Next phase was to erect a large pavilion which will be known as the “Veterans River Park Pavilion”.  It is a nice rustic looking  30’ by 40’ metal structure with a wooden deck located in a central spot with a beautiful view of the river and surrounding hills in the mist of large oak trees.  This pavilion will be used for sponsored veterans’ activities and programs and will be enjoyed by our National Heroes for years to come.

With spring just around the corner, we hope to start offering Sunday Services for our veterans and their family members. In May the First Annual Chili Cookoff for veterans and active duty personnel will be sponsored. Recently in our spare time we built a fence which will house out Warrior’s Honey Bee farm.  The proceeds from the sale of the honey will be donated to Mission Transition. For the past couple of weekends Bo and Chief spent some 27 hours moving rock and gravel filling in, leveling and creating a water barrier on a tributary creek to channel the water around a freshly dug pond in case of flooding.

The work has in the most part been completed on weekends by The TransCharity Foundation’s Founder Bo DePeña, Foundation President Natalie DePeña, son Rhone DePeña and Chairman of the Advisory Board USAF (Ret) CMSgt Leo Silva.  On Occasion, board member USAF Colonel (Ret) Robert Anderson, his wife and two children were out to help.  An assortment of work projects will be ongoing, however, soon we hope to be moving on to the next phase of constructing 7 cabins.  We seek any donation and/or sponsors in our quest to get started. We also seek anyone who wishes to volunteer their time for this important project.  The sooner we complete the project the sooner we can have our wounded warriors began their journey from clinical care to home.