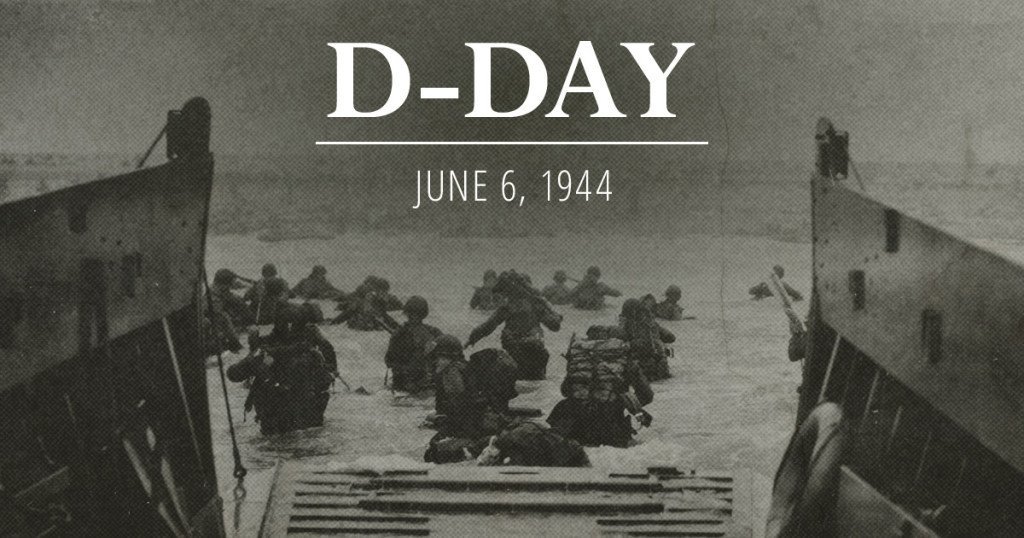 From now till June 6th we will see short clips and some mention of D-Day. For most Americans this day in history is a fading memory. Today we find very few old soldiers who survived that improbable and remarkable day. If you are fortunate enough to meet one of these courageous soldiers, take the time to visit with him or her, bet you will get a earful. Normally, you find that most individuals who have been in combat have a difficult time talking about their experiences, but as we get older, the feeling that these times will be forgotten, it becomes necessary to discuss the experiences so that the memories will go on from generation to generation.

Think a moment and try to visualize, especially if you live in Miami Beach, San Francisco Bay, Corpus Christi, Mobile or any other costal city in the United States. You wake one morning as you usually do, scanning the oceans shores and you suddenly see a huge armada of 6,939 ships and landing vessels as far as the eye can see, staring right at you. You look up and see 2,395 aircrafts screaming overhead ready to drop their armaments, shortly thereafter you see 867 gliders delivering airborne troops upon your shores. I imagine that vision would be etched in your memory forever, never mind the surprise and fear it would bring. This was D-day, June 6, 1944. In the early hours of that morning more than 156,000 American, Allied, and Canadian troops stormed a 50 mile stretch of Normandy’s fiercely defended beaches in Northern France. This operation was known at Operation Overload. The success of the invasion was attributed to catching the German’s by surprise. The allies had staged a massive deception operation with the goal to have them thinking the main invasion target would be Pas-de-Calais (Northern point between Britain and France) It worked.

D-Day was the largest amphibious invasion in military history and was actually in the planning for years. Historians have always felt that without this historical invasion, the allies may never have defeated the Nazi forces in Europe. 4000 allied troops lost their lives that day, many thousand’s others were wounded or missing, Because the invasion was known as D-Day, many think that the war was won on that day. Not so, D-Day started on 6 June, however, Operation Overlord lasted until August 1944.

A little trivia here: Did you know that the “D” in D-Day didn’t actually stand for anything.
Remember: V-E Day – Victory in Europe; V-J Day – Victory over Japan; The term D-Day was used by the military to designate the launching date of a mission. One reason was to keep the actual date out of the hands of spies. Another was to secure as a place holder until an actual date was chosen. In this case it worked, and history was made on that infamous day – June 6, 1944.

On June 6, pause a moment to remember and pray for those who sacrificed their lives on the beaches of Normandy, we owe them.